So, I attempted to tweet my friends and my thoughts about Eurovision 2012, but then something happened and I was unable to finish the tweets, so I thought it might be entertaining to collect them all here…

Eurovision is the annual song contest that includes 42 countries (didn’t know there were that many European countries) and each year the event is hosted by the previous years winner. This year it was held in Baku, Azerbajan which is basically a dictatorship from what little I have learned, so some of the comments below are very pointed at that fact (and made by the commentators, participates or people representing the various voting populations). This is the 57th year apparently. Americans know nothing about this unless they have been afforded the luxury of a first hand viewing experience. This in fact might be where we have picked up our Euro-disco stereotype about cheesy dance music set to techno, I could be wrong though. Whenever possible, I have tried to get the video from the final performance, but sometimes it just isn’t, so I hope you don’t mind.

My husband says the #RussianGrannies is Russia’s way of flipping off Europe – perhaps.

When will #Iceland have #Bjork sing at #Eurovision ?

From a purely American perspective, #Eurovision is just a little much – except I like what #Italy is doing right now. In fact, this we might look up later to actually listen to. It’s catchy enough and I like her style.

Turkey – love me like I like you. Are you kidding? Probably the worst of the night yet!! A boat from capes and the wavering voice – ouch!


Estonia – what’s up with the distracting eyebrows?!


Romania – why the hell was Romania speaking Spanish????!!!!


Germany – pronunciation is just ruining this song- I am partial but still!!!

Macedona– came off as very German: power rock/ metal
…and it’s Jedward for Ireland!!!!! Am I supposed to take this seriously? Really?!? This takes the cake for super cheese!!! The water fountain is just too suggestive…OMG…

Ukraine – this will be a gay dance hit, no kidding. She has that much voice this song has just enough proper pomp. I expect to hear it on the gaydar radio soon.

Moldova – your lyrics don’t make sense, your accent is thick and what’s up withe women’s dresses? “the trumpet makes you my girl”

Husband: ” does all of Europe live in a village?” GB friend: that is what we like to portray.
Last years winner” send us a test message” oh their English!! And here I thought Europe was Englished out. Little did I know. The lawyers’ English was off pace… Way to fast!!
One of the female hosts, at the end of the performances. “and we have an ‘oreo’ of all the songs” What?!

I like the Russian grannies as I’ve already said.

Host: “None of your votes are wasted, they are saved for eternity.” Does this mean that the dictator of Azerbaijan will keep tracks on you from now on if you vote?

There is a drink in the UK called the “Humperdinke” which includes lemonade and glitter, wait WHAT?

Yeah, I’m totally for the grannies!!

…and now the music to pass the time for the voting to be counted…we are holding our breathe, but should we be?

British commentator: “Under a dictator what are the chances that this son is from the man with the most popular television show AND he happens to be married to the dictators daughter”. Oh, how interesting….and ten minutes later the son-in-law starts singing, weakly! All the dancers and visuals money could buy couldn’t save that voice. Not mediocre but not great. He looks like he should be in the army and the song is too repetitive.
…and now we come to the boring part of the show. This is why I don’t watch reality television song contests.

Could Azerbajan‘s personality be anymore flat when she was interviewed.

I wouldn’t be surprised if the voting was based on political favorites and to vote for whomever who can afford it is: Sweden!

When Greece voted for Cyprus, absolutely mo one cheered!?! (This happened time and again, why?!)

There are 42 countries participating in the ESC.

We have discovered that the choices we have made for winners are not winning, this makes friends and I think Europe has no taste. How do these voters all seem to vote for the same countries, how do they know who to vote for? Also why is the audience kissing ass and not clapping for Cyprus – at all.

Lithuania:“Good evening Azerbaijan. Love is blind but we love you anyway.”

OMG I am in Love with Finland for presenting their scores as a Viking demon. At least someone is taking the piss – even if it is a bit gross.

Hungary: “Let’s see what we can do when we follow the sounds of our hearts.”

..Sweden can afford the ESC fir next year, will they say something controversial….?!?

And it comes to and end…with all glitter but no lemonade. 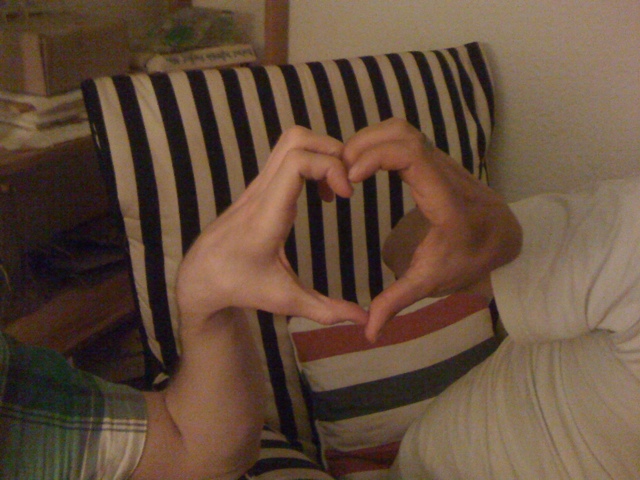