I recently wrote about the week of gun violence during the second week of December 2012 that kicked off in my home town, and I assume that most American news outlets have spoken about this issue enough at this point (hopefully).

Plus, December 21st was supposed to be the end of the world per American’s interpretation of the Mayan calendar  – but we’re all still here, well most of us.

Then I woke up Saturday, December 22 2012, clicked on the Huffingtonpost home page and this was the headline… 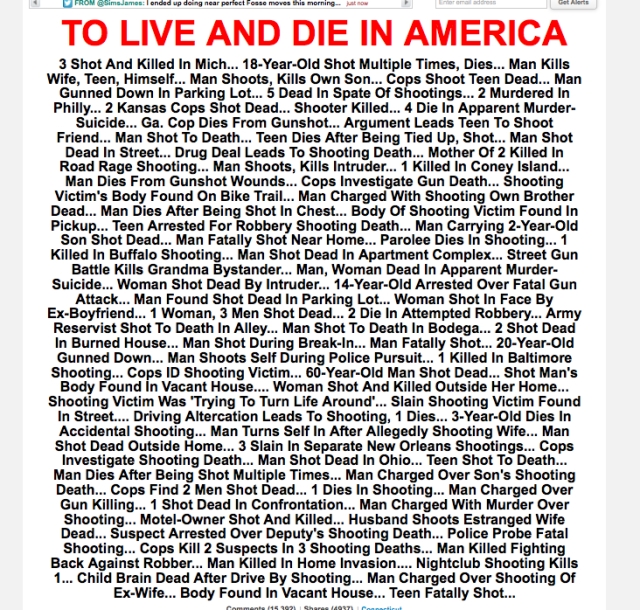 So, here I don’t want to talk about the NRA’s (National Rifle Association‘s) response to the Sandy Hook shootings, or any other issues they responded to, but rather to reiterate what I said in that previous post…

Make sure you tell those that you love in your life that you appreciate and love them, especially this year!